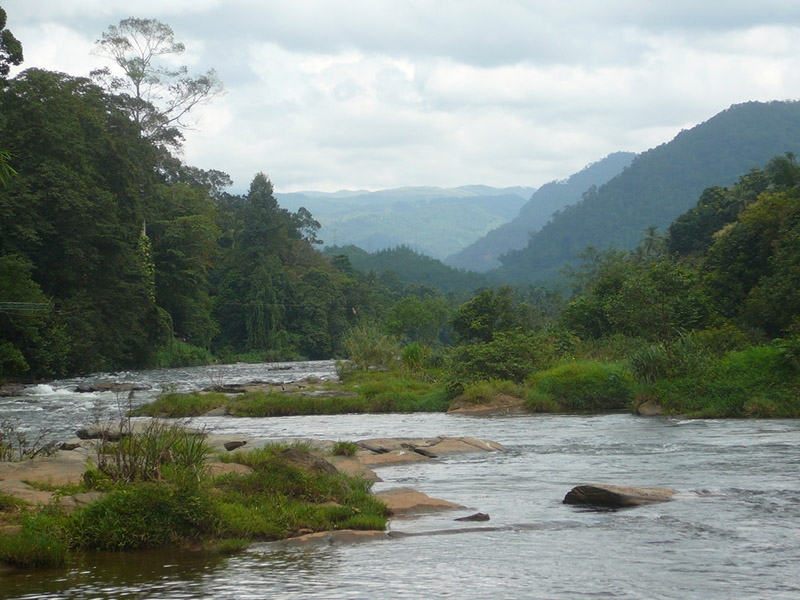 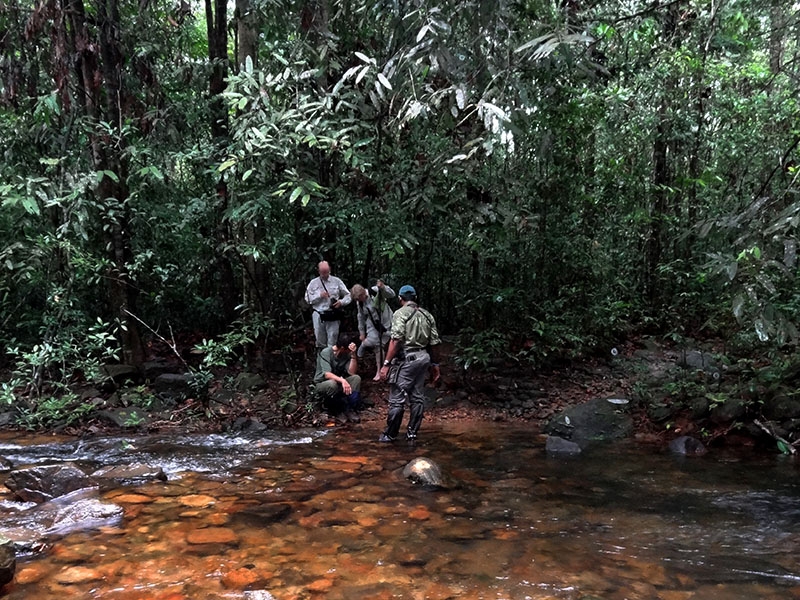 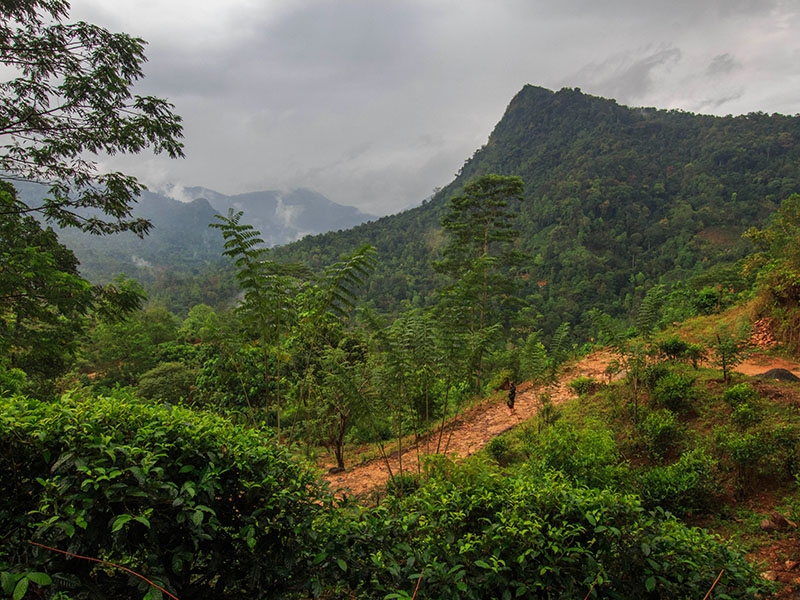 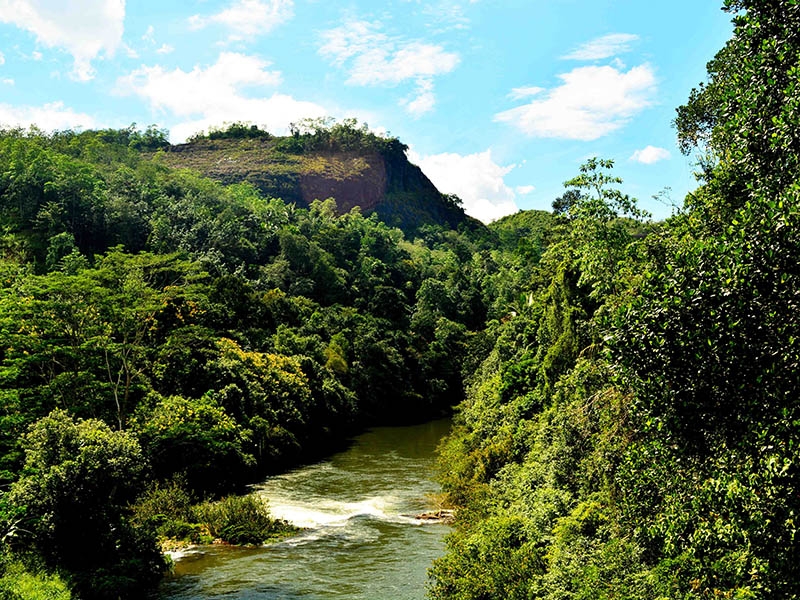 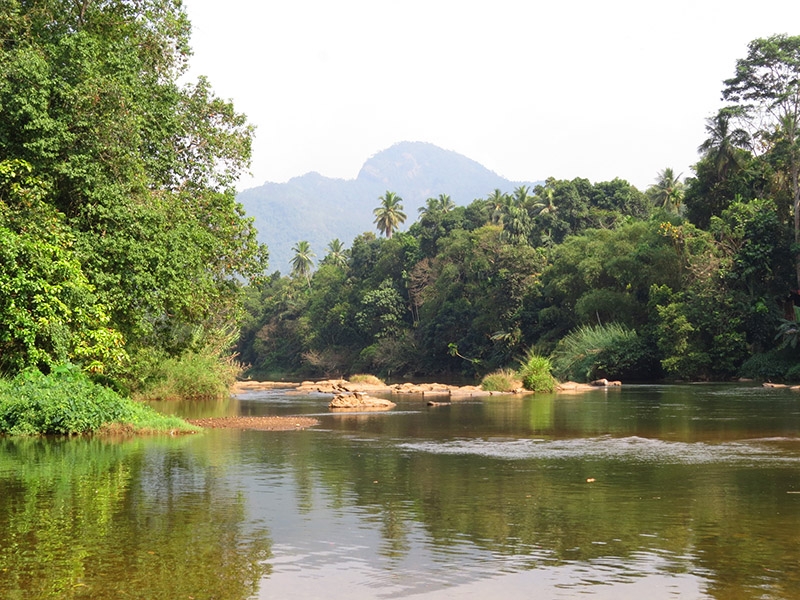 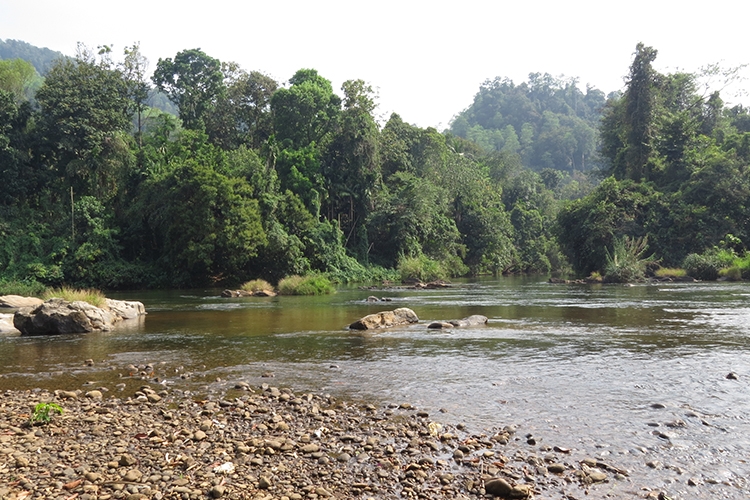 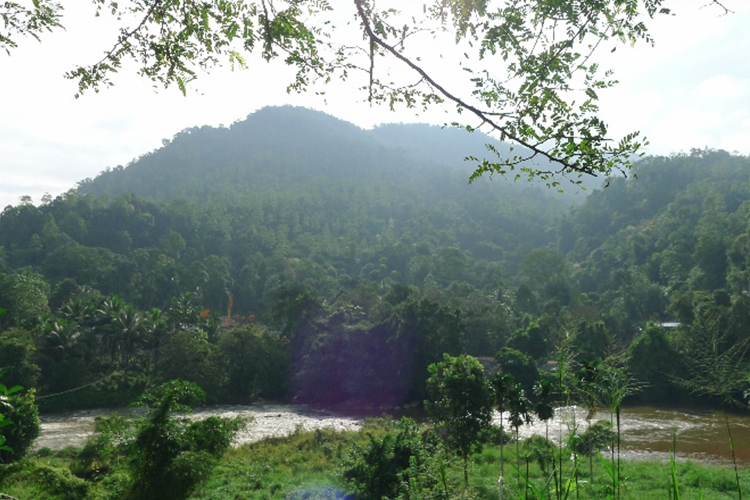 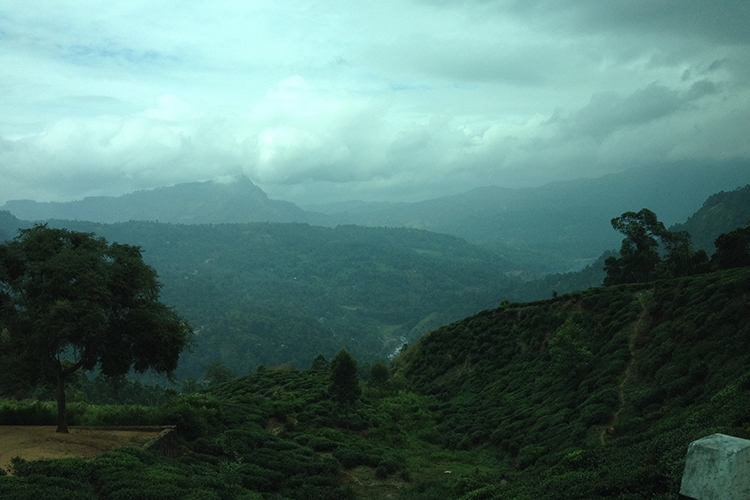 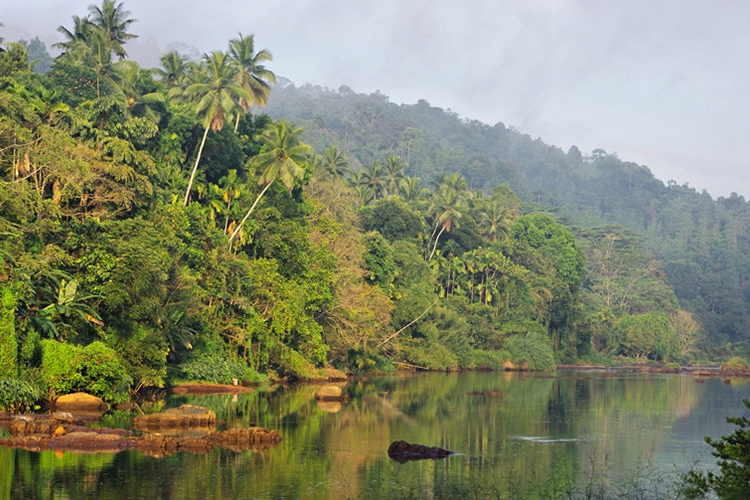 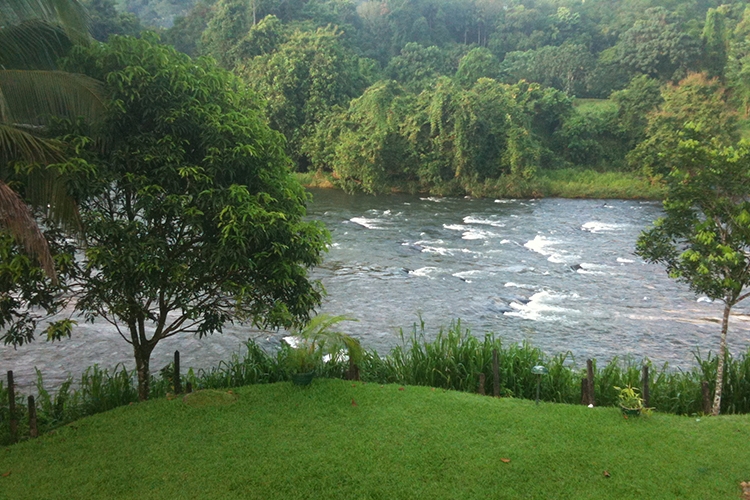 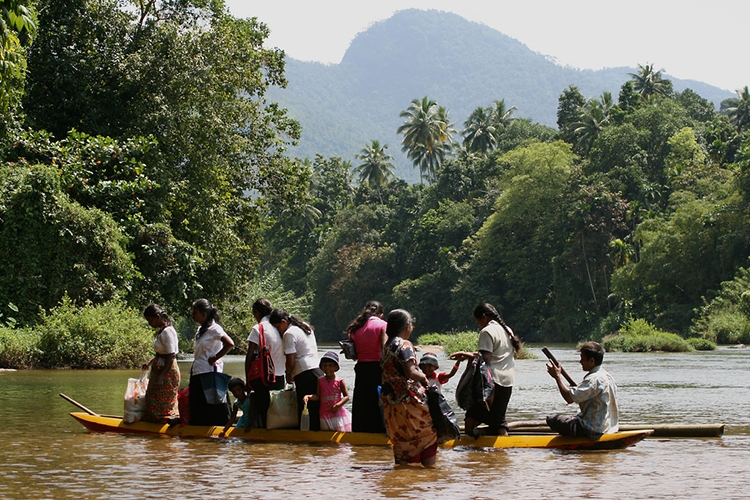 Kitulgala is a small town in the west of Sri Lanka. It is in the wet zone rainforest, which gets two monsoons each year, and is one of the wettest places in the country. Nevertheless, it comes alive in the first three months of the year, especially in February, the driest month.

Large numbers of people make the excursion from Colombo at weekends to enjoy the beautiful scenery, play in the river, and have an excellent rice and curry lunch at the local restaurants.

The Kelani river is wide at Kitulgala, but it is shallow apart from a deep channel near the opposite bank, so in the drier months it provides a safe and attractive place to swim, wash and play.

The river can be crossed by walking out across the shallows and crossing the deep channel in a dugout canoe, which is stabilised with an outrigger.

The Academy Award-winning Â The Bridge on the River Kwai was filmed on the Kelani near Kitulgala, although nothing remains now except the concrete foundations for the bridge (and, supposedly, the submerged train cars that plunged into the river in the climactic scene). Kitulgala is also a base for white-water rafting, which starts a few kilometres upstream.

The agriculture around Kitulgala is typical of the hilly wet zone. The Sago Palm, Caryota urens, which is called Kitul in Sri Lanka, gives rise to the towns name. Its sap is concentrated into a delicious syrup, not dissimilar to maple syrup, and crystallised as jaggery. It is also fermented to make toddy. The pith is used to make sago, and the fibres to make rope.

Red Bananas in Kitulgala forest Bananas of both red and yellow varieties are grown. The yellow bananas are only some 8 cm long, but are sweeter and tastier than the commercial strains available in the West. Rubber trees are also grown on the higher areas.

Many birders stay at Kitulgala. This area has most of the rainforest bird species that are found at the World Biosphere Reserve at Sinharaja, although in lower numbers. However, the secondary forest and cultivation at Kitulgala is more open than the pristine woodlands of Sinharaja, and elusive endemic species like Sri Lanka Spurfowl, Green-billed Coucal and Spot-winged Thrush may be easier to see.