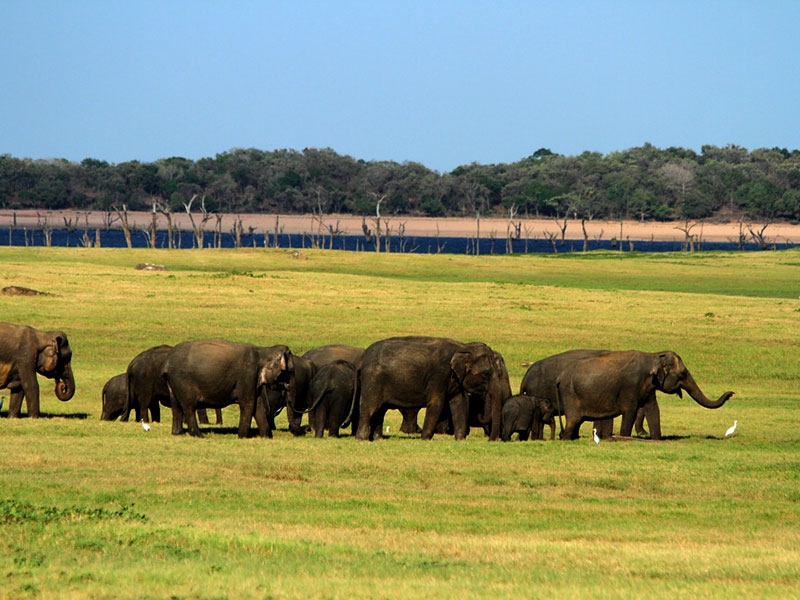 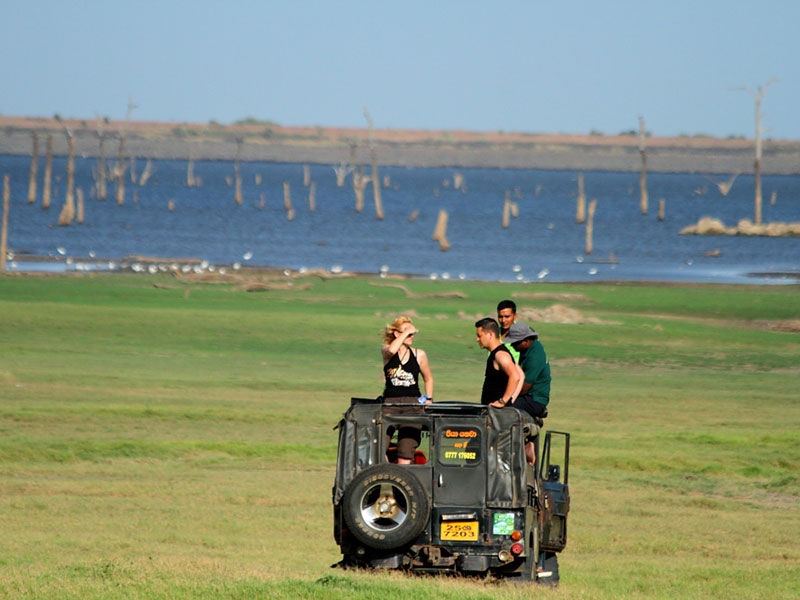 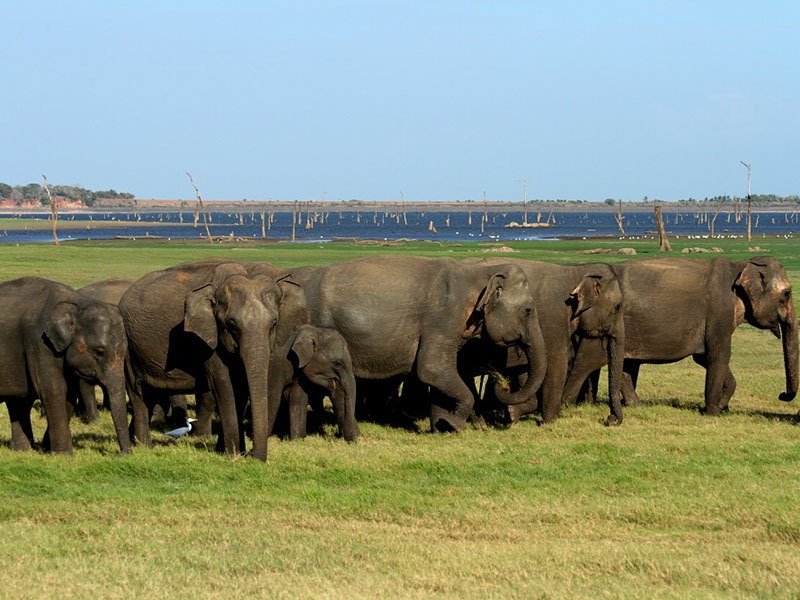 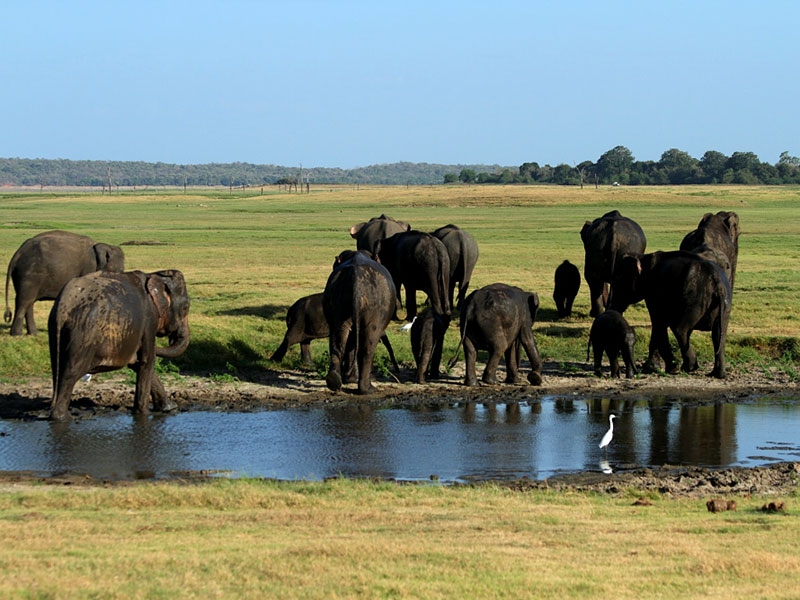 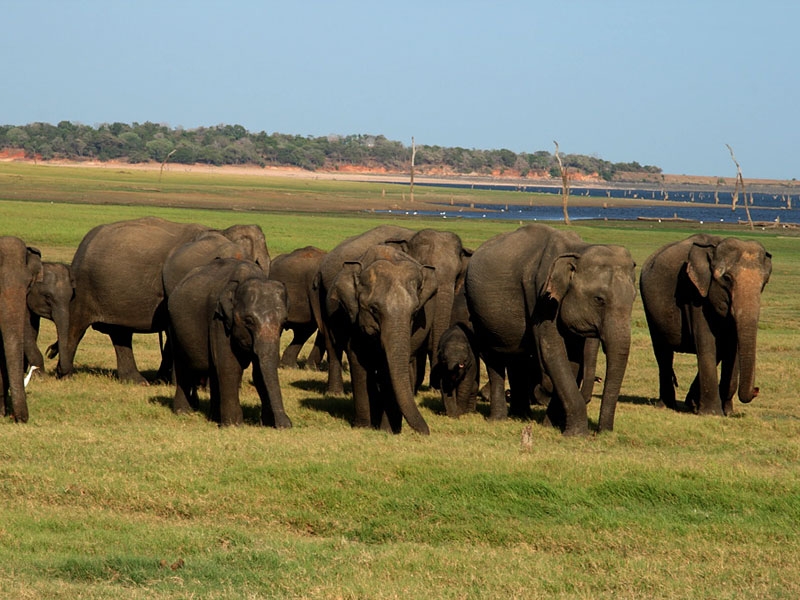 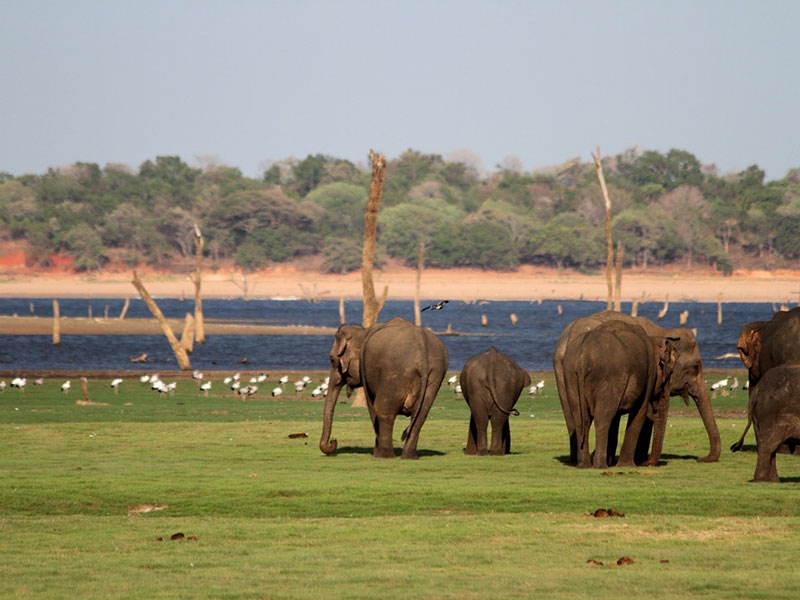 Minneriya is situated in the North Central Province of Sri Lanka at a distance of 208.2km from the capital City of Colombo and 125.4km from the hill Capital of Kandy and just 20 kilometers from the ancient city of Polonnaruwa. Minneriya is closely associated with the famous â€˜Minneriya Tank, a 4,760 acre man-made tank built by King Mahasen during the Anuradhapura Period (277 â€“ 304 AD). The tank was constructed by building a 13meter tall dam across the Minneriya River and holds over 20 billion gallons of water.

The Minneriya National Park which was originally a Wildlife Sanctuary was later designated as a National Park in 1997 with the intent of protecting the catchment of the Minneriya Tank and the wildlife in the nearby areas. The Park gets its annual rainfall during the North-East monsoons from October to January, the rest of the months being considered the dry season. The Park with its low-canopy forests, secondary forests, scrubland, grasslands, and swamps along with its proud heritage â€“ The overwhelming Minneriya Tank that never goes dry, is considered a dry season feeding ground for Elephant populations living in the vicinity of Matale, Polonnaruwa and Trincomalee and helps sustain large herds of Elephants at most times.

The Minneriya National Park is famed for its â€œElephant Gatheringâ€, a spectacular phenomenon during the long dry seasons, when hundreds of Elephants, both the adults and young along with a few tuskers, sometimes numbering close to 200 (with some sightings claiming close to 700) can be seen feeding on the grasslands bordering the tank, with others cooling off in the giant tank. This annual event considered to be the largest Wild Elephant gathering in South Asia attracts hundreds of tourist visitors who come to the park to observe and experience this unique wildlife spectacle.

In addition to the Elephant attraction at the Park, it also has an abundance of wildlife. This includes 24 species of mammals, such as endemic monkeys; purple faced langur and toque macaque, sambar and axis deer, the grey slender loris and the less frequently seen Sri Lankan leopard and Sloth bear. The Minneriya Reservoir has been a welcome refuge for large water birds such as Lesser adjutant, Painted stork and Spot-billed pelican in addition to resident and migratory bird species totaling to 160. Amongst the endemic birds are Sri Lanka Jungle fowl, Sri Lanka hanging parrot, Brown capped babbler, Sri Lankan grey hornbill, Black-crested bulbul and Crimson-fronted barbell. Nine species of amphibians such as Fejervaya pulla and Polypedates cruiger have also been recorded from the park along with 25 species of reptiles, of which eight are endemic, the endangered Painted-lip lizard and Lankascincus fallax, Saltwater crocodile, Indian python, Asian water monitor and the Bengal monitor amongst others 26 species of fish of which four species are endemic to Sri Lanka and 75 species of butterflies.